When an important WWII atomic relic turned up out of the blue, two Maryland researchers wanted to know: what happened to the other 658 of them?

A very rare piece of atomic history—a mysterious block of uranium metal—landed on the desk of Tim Koeth in 2013.

So marks the beginning of a years-long investigation into the many secrets of the two-inch square cube, and the intriguing note that came with it: Taken from the reactor that Hitler tried to build. Gift of Ninninger.

“I was stunned. I didn’t have words,” recalls Koeth, an associate research professor with the University of Maryland’s Department of Materials Science and Engineering and Institute for Research in Electronics and Applied Physics.

“But once I got past the awe of this, the pesky physics questions started coming out. How do we know it’s real, where did it come from, and what was the path it took to get here?”

His quest for those answers drew the participation of Miriam Hiebert, a Ph.D. candidate in materials science and engineering at UMD’s A. James Clark School of Engineering. While working at the university’s research reactor to study atomic coatings of glass objects, Hiebert met Koeth. He hooked her with his stories of the curious cube.

“Tim has this weird ability to draw people into his book-filled and glowy world,” Hiebert says. “He told me about this project, so I started helping him a little on the side, and it sort of … escalated.”

Dark as charcoal and deceivingly heavy for its size, Koeth recognized the cube immediately: a component of the failed German effort to build a nuclear reactor during World War II. A special Allied mission retrieved 659 of the reactor’s uranium blocks from a field near the town of Haigerloch, Germany in 1945. It’s thought they came to the United States via New York that same year, but they essentially vanished after that.

Though now he can recite chapter and verse about all that is currently known about these cubes, Koeth says that at the time, his main thought was of the cube’s significance as part of the German nuclear program—which galvanized the U.S. into reactive counter-research.

“This cube represents the motivation of the entire Manhattan Project, and the entire ensuing atomic age, and everything that we’ve had to live with since then,” Koeth says.

He was immediately gripped by the need to confirm the cube’s authenticity and set out to test it the same day it arrived—using a tool he had built himself.

The business end of this tool, Koeth’s DIY high-resolution gamma-ray spectrometer, resembles a ramrod for a cannon: long and silvery, with a thick cylindrical head, slightly concave at the top for a sample to sit. It identifies the presence of radioactive isotopes in a given material, charting unique energy signatures as sharp, distinct spikes on a graph.

If his cube was real, it would show spikes that correspond to gamma rays emitted by “natural abundance” uranium, extracted directly from the earth. Such a block is completely safe to handle.

If Koeth’s cube was a fake, on the other hand, it would more than likely be made of depleted uranium—the same kind of material that arises as a by-product of nuclear energy production. Depleted uranium is much easier to acquire than the raw, natural element. An assiduous counterfeiter could likely make a bogus, but superficially convincing, cube out of modern materials.

“This cube represents the motivation of the entire Manhattan Project, and the entire ensuing atomic age, and everything that we’ve had to live with since then.”

But a gamma-ray analysis would out a phony. An energy graph from natural abundance uranium would show gamma-ray peaks in different places than one from depleted uranium.

And that’s just what Koeth saw when he compared his cube to a known sample of depleted uranium. The purported German cube showed it had never been in a reaction, lacking telltale spikes in certain areas on the otherwise identical graph from the depleted uranium sample.

“It gave us the confidence that the cube is probably real, and that someone didn’t go to great lengths to fake it,” Hiebert says.

Now that they were reasonably certain the cube was authentic, that begged another deep question: what happened to the hundreds of other missing cubes?

A Nexus of Resources

Koeth and Hiebert began digging into what was left of any paper trail of the cubes’ arrival in the U.S. near the end of the war. They mined documents at the National Archives and Niels Bohr Library and convinced conservators at the Smithsonian to allow Koeth to do a noninvasive comparative analysis of an identical cube in its collections.

Even Nininger—misspelled on the original cryptic note—turned out to be a local connection; Koeth stumbled upon a book authored by a Robert D. Nininger, looked the name up in a Yellow Pages directory, and found the man’s widow living in Rockville, Maryland. Nininger had once worked in the Murray Hill Area Engineers Office of the Manhattan Project—the same office Koeth and Hiebert believe received the original 659 blocks retrieved from Haigerloch.

Koeth and Hiebert hope their continued research efforts will lead to the discovery of even more cubes than the eight they now know of.

“The cubes have a story to tell about why the German nuclear program didn’t work, and why the Manhattan Project did,” Hiebert says. “I’m also interested in the people who’ve had these cubes. There’s this weird club they don’t know they’re a part of, and we want to get some of those stories.”

Cameron Reed, a longtime professor of physics at Alma College and scholar of atomic history, has assisted Koeth and Hiebert with some of their inquiries along the way. He suggested the possibility of turning up more of these artifacts, which could give more people a chance to experience a powerful connection to a profoundly important era in history.

“There’s nothing left of Enrico Fermi’s reactor or the original structures at Los Alamos, but you can hold this in your hand,” Reed says. “The younger generation doesn’t seem to be too aware—but can you think of anything else like it in history that has had such an impact, for better and worse?”

Koeth and Hiebert say that finding more uranium cubes, perhaps hiding in random closets, garages, and desks across the U.S. and the world, can help clarify details of a part of atomic-age history that is still, at times, murky.

“It’s the same reason I love the intricate history of radiation science,” Koeth says. “It carries this ironic ability to save us and destroy us. I want the answer, where do these cubes come from, where have they gone? I want illumination.”

Do you think you have one of the other 658 uranium cubes? Email Koeth and Hiebert at: uraniumcubes@gmail.com 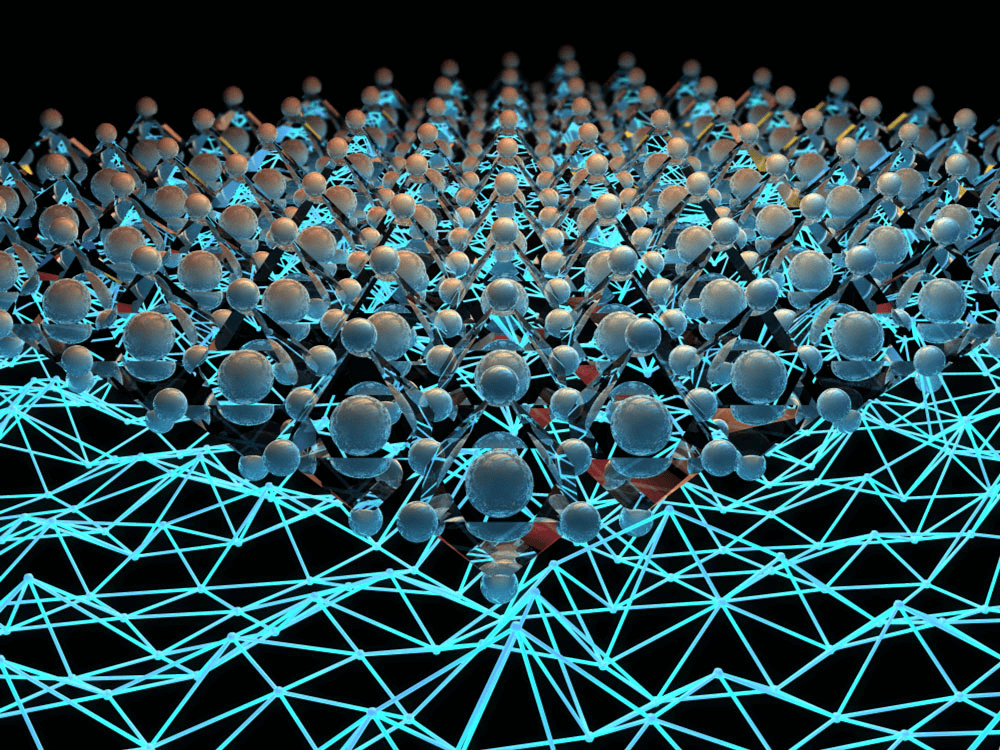 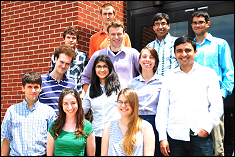