New efficiencies in solar cells on the horizon

COLLEGE PARK, Md. - Discrepancies between theoretical and actual efficiencies in solar cells plague researchers who need more effective imaging techniques to diagnose inefficiencies in solar cells at operation conditions. Theory indicates that current technologies should be achieving around or above 30% efficiency, but most solar cells are only performing at around 20%. With a new imaging technique developed by the Leite group, academic and industry researchers will be able to diagnose where solar cells lose efficiency and close the gap between theory and the actual efficiencies experienced by consumers who install solar panels on their homes and businesses.

Assistant Professor Marina Leite (Institute for Research in Electronics and Applied Physics, Department of Materials Science and Engineering) sees possibilities beyond solar, remarking, “Our imaging platform can be applied to any type of solar cell, as well as to other optoelectronic devices, such as LEDs and photodetectors. In all cases, we can resolve local variations in Voc and rationally design next-generation devices with improved response.”

Solar cell efficiencies depend on the maximum achievable open-circuit voltage (Voc) generated by the device under illumination. Voc determines how well any photovoltaic device operates, and researchers must be able to measure and image Voc in order to diagnose which processes are adding to or subtracting from cell efficiency.

The new imaging technique presented by Tennyson, et al. is based on a variant of illuminated Kelvin Probe Force Microscopy (KPFM), which is non-destructive imaging technique used to determine the electronic state of a surface. Traditionally, KPFM scans the surface of a solid (like the needle in a record player) and measures the potential difference between the tip of the probe and the surface. Tennyson, et al.  take this conventional imaging technique further to demonstrate a “direct correlation between KPFM measurements (light- minus dark-KPFM) and the open-circuit voltage of photovoltaic devices through the measurement of the quasi-Fermi level splitting”. This indirect measurement allows researchers to observe precisely where the Vocis changing with nanoscale spatial resolution

Previous imaging techniques for determining solar cell efficiencies have been performed under vacuum at very cold temperatures (~70K), or with millimeter spatial resolution. The technique developed by the Leite Lab fills an important gap in the literature surrounding solar cell efficiencies. According to Prof. Leite (IREAP/MSE) “our platform provides a straightforward and universal way to resolve local variations in the Voc in any type of solar cell with high spatial resolution, complementing regular macroscopic light I-V measurements". 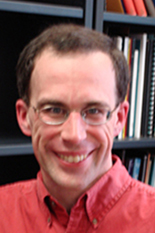 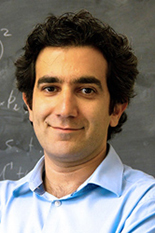