Understanding Where Something Isn't for Better Solar Cells

Department of Materials Science and Engineering (MSE) graduate student Elizabeth Tennyson won the Best Poster Award at the 40th IEEE Photovoltaic Specialist Conference for her efforts to characterize and improve a material being considered for use in solar cells. The event gathers world leaders in solar cell research from academia, national laboratories, and industry.

Copper indium gallium selenium (CIGS) is a promising photovoltaic material that Tennyson would like to see on the market alongside devices based on semiconductors such as gallium arsenide (GaAs) and silicon. CIGS-based devices are thinner and cheaper than their commercially available counterparts, but also less efficient. Enhancement of CIGS’s properties would make it a competitive material.

Under an electron microscope, CIGS resembles a few thin layers of non-uniform grains of sand. It is through the grains’ interfaces–the tiny, equally uneven gaps between them–that electrons, excited by photons (particles of light), must flow to generate a voltage. This inconsistency interferes with the flow, and the interfaces may even pull electrons back into spaces vacated by others, an effect called recombination. In contrast, GaAs is a very smooth material, and more electrons travel through it at a higher speed.

If during the manufacturing of a solar cell the individual grains of CIGS could be oriented to allow for the best electron flow, its open-circuit voltage (the inherent voltage when no current is applied) would increase, improving its performance. The challenge, says Tennyson, is figuring out what that orientation is, and to accomplish that, she needed to know which kinds interfaces helped or blocked electron flow.

Tennyson, advised by Assistant Professor Marina Leite (joint, MSE and Institute for Research in Electronics and Applied Physics), used atomic force microscopy to measure the grains of CIGS in a solar cell, and a specialized form of imaging called Kelvin probe force microscopy (KPFM) to map their many interface shapes, sizes and corresponding open circuit voltages.

“KPFM measures parameters related to voltage variations, enabling us to determine which interfaces are responsible for non-radiative recombination and lowering the performance of the device,” she explains. “Now, in collaboration with the U.S. Naval Research Laboratory, we’re using the knowledge we gained from the measurements to fabricate new CIGS solar cells with enhanced open circuit voltage and greater power conversion efficiency.”

The data collecting technique she and her collaborators developed, she adds, can be used to examine any photovoltaic material. 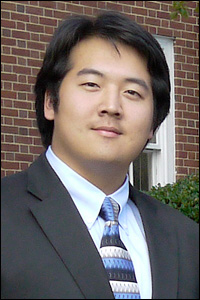 Undergrad Among First to Map Solar Cell Parameters at... 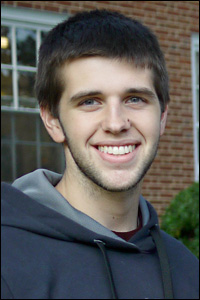