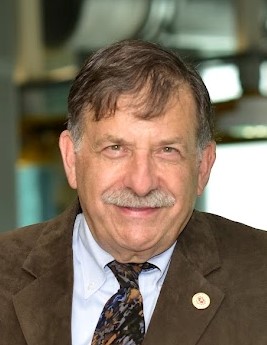 Dr. Rubloff has published more than 200 papers, holds 21 patents and holds 6 IBM Invention Achievement Awards. He won the AVS Gaede-Langmuir Prize in 2000 "for inventive application of surface science and vacuum technology to the semiconductor industry, and for fostering an effective bridge between AVS research and manufacturing." This award was established 1977 to recognize and encourage outstanding discoveries and inventions in the sciences and technologies of interest to the AVS. He is a Fellow of APS and AVS. His research has included solid state physics, surface physics and chemistry, interfaces, semiconductor materials and processing science and technology, process diagnostics and modeling, manufacturing science, combinatorial materials science, biomaterials and bioMEMS. His semiconductor process research has emphasized the elucidation of chemical and physical mechanisms involved in surface cleaning, thermal oxidation, chemical vapor deposition, and plasma etching, and in pursing these directions he pioneered the exploitation of ultrahigh vacuum process environments and their integration with in-situ surface and interface diagnostics.

Dr. Rubloff received his B.A. in Physics magna cum laude from Dartmouth College in 1966, his M.S. in 1967 and his Ph.D. in 1971 in Physics from the University of Chicago. He held a postdoctoral position in Physics at Brown University from 1971 to 1973. In 1973 he joined IBM Research, Yorktown Heights, NY, as a Research Staff Member in the Physical Sciences Department, were he worked on surface and interface science. In 1984-85 he served as Technical Assistant to the IBM Research Vice-President for Logic and Memory, and from 1985 to 1991 he continued his research while serving in several capacities as Manager of exploratory materials and processing in the Silicon Technology Department. From 1992-1993 he was Manager of Thin Film Process Modeling in the Manufacturing Research Department. From 1992 to 1997 he was also Professor Adjunct in Electrical Engineering at Yale University.

He joined academia in 1993 as Associate Director of the NSF Engineering Research Center for Advanced Electronic Materials Processing and Professor of Electrical and Computer Engineering at North Carolina State University, focusing on real-time process sensing, simulation, optimization, and control.

Dr. Rubloff was the founding Chairman of the AVS Manufacturing Science and Technology Group from 1992-1997 and continues to serve on its Executive Committee. He has been a member of the Metrology Technical Working Group for the SIA's National Technology Roadmap for Semiconductors since its inception in 1994. He has been active in professional society work, including the Board of Directors of the AVS, Executive Committees of the AVS Electronic Materials and Processing Division, the APS Materials Physics Division, and the Editorial Board of the Journal of Vacuum Science and Technology. He has long been active in civic affairs, included 11 years service as an elected Member, Vice-President, and President of a local Board of Education in New York State.

Prior to joining the faculty of the A. James Clark School of Engineering at the University of Maryland, Professor Rubloff served as the associate director of North Carolina State University's NSF Engineering Research Center for Advanced Electronic Materials Processing and as an adjunct professor of electrical engineering at Yale University. Before pursuing a career in academia, he served for 20 years in a variety of research and management positions at IBM's Thomas J. Watson Research Center in Yorktown Heights, N.Y.

Professor Rubloff is a past director of the Institute for Systems Research, of which he remains an active member.

Professor Rubloff has been very active in industry and consortium activities, consulting, professional societies, government agency activities (including the DOE and NSF), and in service to the University of Maryland through advising, teaching, and his participation in department, college and university-level committees. He has also served on the editorial boards of a variety of publications, and on professional conference program committees. Please see Professor Rubloff's C.V. (PDF) for a complete list of his academic, industrial, government and community service activities.

Professor Rubloff currently teaches or has taught the following courses:

Please visit Professor Rubloff's web site to learn more about his industry short courses and courses he has taught for the Department of Electrical and Computer Engineering.

Professor Rubloff has published over 300 peer-reviewed papers. For a complete list of publications, please visit his web site

Anodes with layer of alumina resist corrosion and cycle well

A Billion Holes Can Make a Battery

Battery inside a nanopore has commercial potential

Projects will help enable advances in energy production and use