Professor Thomas Murphy has been selected as a 2020-2021 Distinguished Scholar-Teacher by the University of Maryland.

Murphy studied physics and electrical engineering at Rice University, graduating with joint B.A./B.S.E.E. degrees in 1994. He then studied electrical and computer engineering at Massachusetts Institute of Technology, earning his M.S. degree in 1997 and his Ph.D. degree in 2001. He was a member of the technical staff at MIT’s Lincoln Laboratory from 2001-2002.

Murphy joined the faculty at the University of Maryland in 2002. He is a professor in the Department of Electrical and Computer Engineering and in the Institute for Research in Electronics & Applied Physics (IREAP). He has been director of IREAP since 2012.

Murphy has been recognized for excellence in both teaching and research at UMD. He received a George Corcoran Award from the ECE Department, and he received the Clark School’s Junior Faculty Outstanding Research Award and the E. Robert Kent Outstanding Teaching Award for Junior Faculty.

Murphy is joining a number of ECE Distinguished Scholar-Teachers, including: 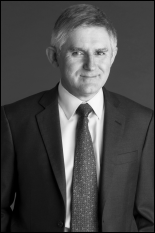