Professor Howard Milchberg (ECE/PHY/IREAP) is the recipient of the 2016 Senior Faculty Outstanding Research Award.  The award is given to a senior faculty member for their exceptionally influential research accomplishments.

In very recent work, his lab discovered a new type of optical structure which may have many future applications: a toroidal optical vortex that accommodates phase discontinuities in high-intensity, self-focusing laser light pulses. The resulting toroids form energy swirls in the light pulses that resemble optical “smoke rings.” To read more about the study, go here.

"All experiments at universities rely heavily on grad students” says Milchberg.  “I'm thrilled that my group at Maryland has some of the best students anywhere."

Professor Alireza Khaligh (ECE/ISR), is the recipient of the 2016 Junior Faculty Outstanding Research Award.  This recognition represents one of the highest honors that the Clark School bestows upon any of its junior faculty.

Prof. Khaligh has established an impressive program in power electronics at the University of Maryland. Prof. Khaligh’s research has pioneered high-impact research on ultra-compact, integrated and highly efficient power electronic systems for electric vehicles, more electric aircrafts, energy harvesting systems and micro robotics. He is an author/co-author of 2 books, 4 book-chapters, 50 journal papers, 89 conference papers. His publications are cited over 4400 times (Google Scholar), with an H-index of 30. Besides his extraordinary scholastic record, Prof. Khaligh has been in the forefront of major events in power electronics. He was the General Chair of the 2016 IEEE Applied Power Electronics Conference and Exposition (APEC), The Premier Event in Applied Power Electronics™. He was also the General Chair of the 2013 IEEE Transportation Electrification Conference and Expo (ITEC).

Prof. Khaligh is the recipient of various recognitions including the 2015 Inaugural ISR Junior Faculty Fellowship from the Institute for Systems Research, 2013 George Corcoran Memorial Award from the ECE Department, 2010 Ralph R. Teetor Educational Award from Society of Automotive Engineers, and three prize transaction paper awards. He is a Distinguished Lecturer of IEEE Industry Application Society and IEEE Vehicular Technology Society.

Dr. Darryll Pines, Dean of the Clark School wrote to Alireza, “I am so pleased that you decided to join our college a few years ago. You have been a wonderful colleague and an outstanding researcher.” 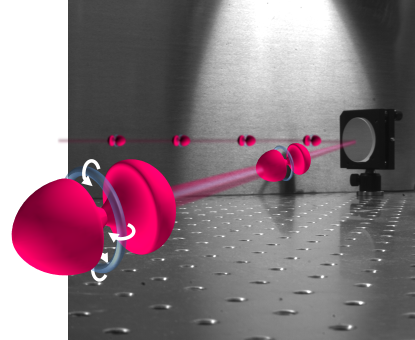